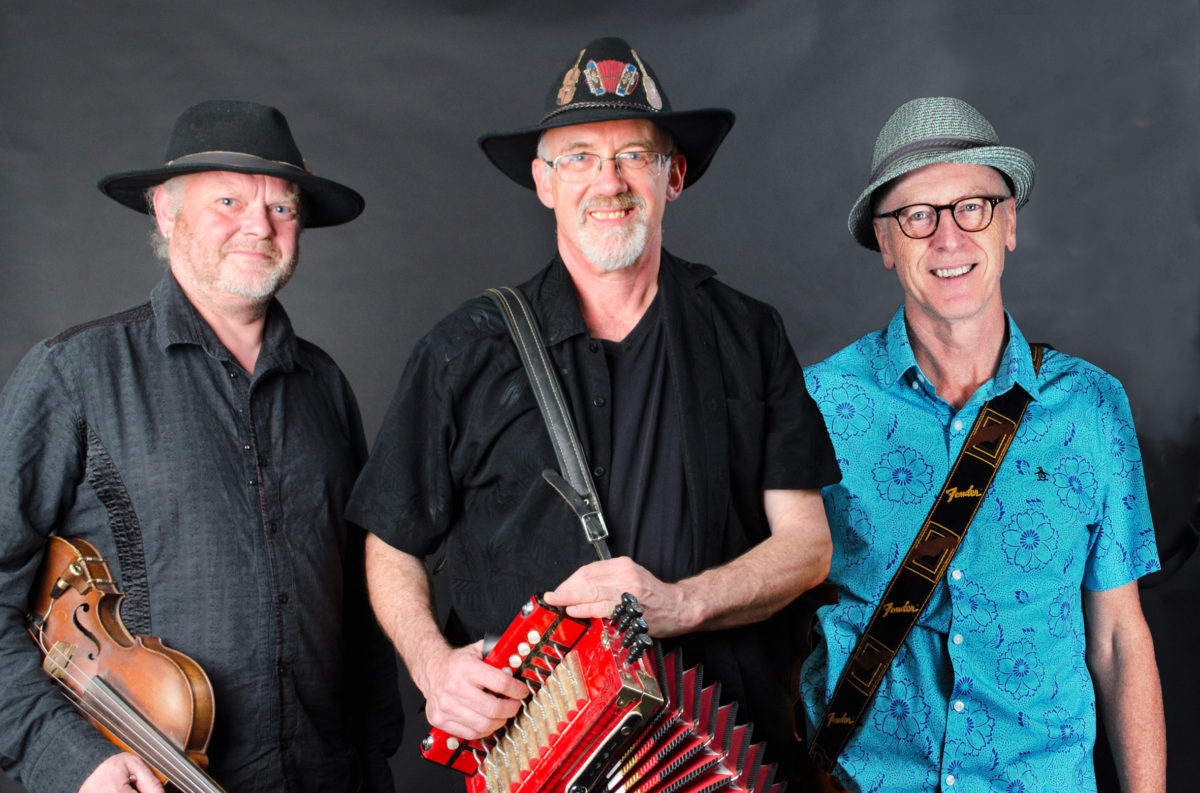 The Creole Brothers present a spiced up creole stew of the best folk/roots melodeon led music from the seas and woodlands of the British Isles.  Highly flavoured with the fiddle and guitar driven melodies of the rivers and mountains of Appalachia.  Served up hot with the  accordion pumping rhythms of the hot and steamy swamps and bayous of Cajun and Creole Louisiana. Plus some of our original delightful compositions to add pepper to the gumbo. All delivered with our own wry humorous take on life, love and music.

Charlie Skelton is one of the hottest roots fiddle players around.  Phil Underwood has collected three international awards for his accordion playing – and has played Creole music in the black clubs of Lafayette. And to complete the trio new member Rob James’ driving rhythm guitar and keen vocals complement the lineup. They are playing to sell out audiences at festivals, folk clubs, dance clubs and music venues. In November 2014 they were approached by Village Ventures and played nine village hall shows for the prestigious Rural Touring Scheme

In November 2013 Charlie and Phil were selected to appear at Wembley Arena with celebrity comedian and musician Bill Bailey on his sell out finale concert of his acclaimed Qualmpeddler tour.

“Brilliant musicians – fascinating background to all their numbers, both melancholy and jolly. Their individual compositions were excellent. Couldn’t have had a better evening. The group were very friendly and amenable and very easy to look after.”

“EXCELLENT – Very well received-the music was great and the audience wanted more. The band was very friendly and helpful.”

“Excellent – A pleasure to host them. From the first communication by Phil Underwood to the experience on the night I was impressed by his attitude and that of the other 2 performers. They arrived at the time arranged, made good use of the venue and presented the show in a professional way with good communication with the audience. “

“Thoroughly enjoyable evening. Very friendly people. Phil provided excellent promotion material and details for their requirements, arrival time etc. the whole evening went very smoothly. We had a very good response from the audience, some who knew their material and some who were new to the band.”