Creole Brothers news- just back from our first set of Rural Touring gigs in November, playing to mainly rural audiences in village halls and churches. The band had a wonderful time, visited some beautiful places and met some great audiences. Having been used to playing for dance audiences it was enjoyable for the band to be able to give a show that had more chat and non dancing numbers. All of the audiences were friendly and appreciative and the feedback was all positive. We’d love to do it again. Here are some of the comments we had

“..brilliant musicians … fascinating background information to all their numbers.. individual compositions were excellent. Couldn’t have had a better evening.”

Phil appeared with top French Cajun musicians at the 2014 Saulieu Cajun and Zydeco Festival in a new band, the Eurocajun Allstars

Phil recently visited Mardi Gras in Louisiana, guesting with Jeffery Broussard and the Creole Cowboys, Cory Arceneaux and other friends and bands.

Phil is one of the musicians on the new single by the Fishwives Choir from Leigh-on-Sea. Released in August 2013 it raises money for bereaved families of fishermen lost at sea. On the single Phil plays melodeon, whistle, fiddle, viola and bodhran. He played melodeon live on the Fishwives’ appearance on BBC Breakfast TV and recording for the BBC World Service in August 2013. In December 2013 it was shortlisted for the BBC Radio 1 Christmas Number One Single, making the top 100.

More details, buy the single and get latest news from these links: 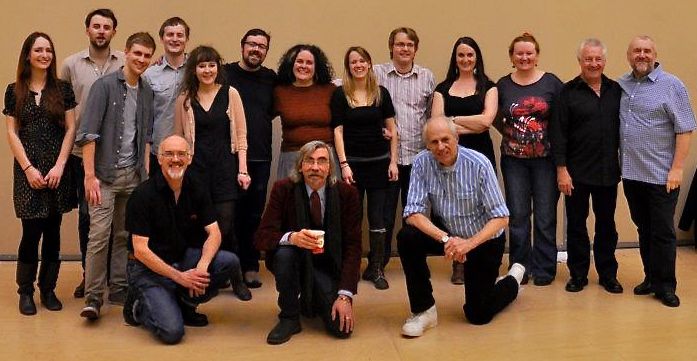 One of ten nationwide applicants selected for the March 2012 War Horse Songman School at the National Theatre, London, studying folk music for the stage under celebrated folk artists John Tams, John Kirkpatrick, Nancy Kerr and Chris Parkinson. Graduated with Distinction. Following up from the Songman School Phil was chosen by the National Theatre to audition for the part of Songman in War Horse for 2013.

This website uses cookies to improve your experience while you navigate through the website. Out of these, the cookies that are categorized as necessary are stored on your browser as they are essential for the working of basic functionalities of the website. We also use third-party cookies that help us analyze and understand how you use this website. These cookies will be stored in your browser only with your consent. You also have the option to opt-out of these cookies. But opting out of some of these cookies may affect your browsing experience.
Necessary Always Enabled

Any cookies that may not be particularly necessary for the website to function and is used specifically to collect user personal data via analytics, ads, other embedded contents are termed as non-necessary cookies. It is mandatory to procure user consent prior to running these cookies on your website.